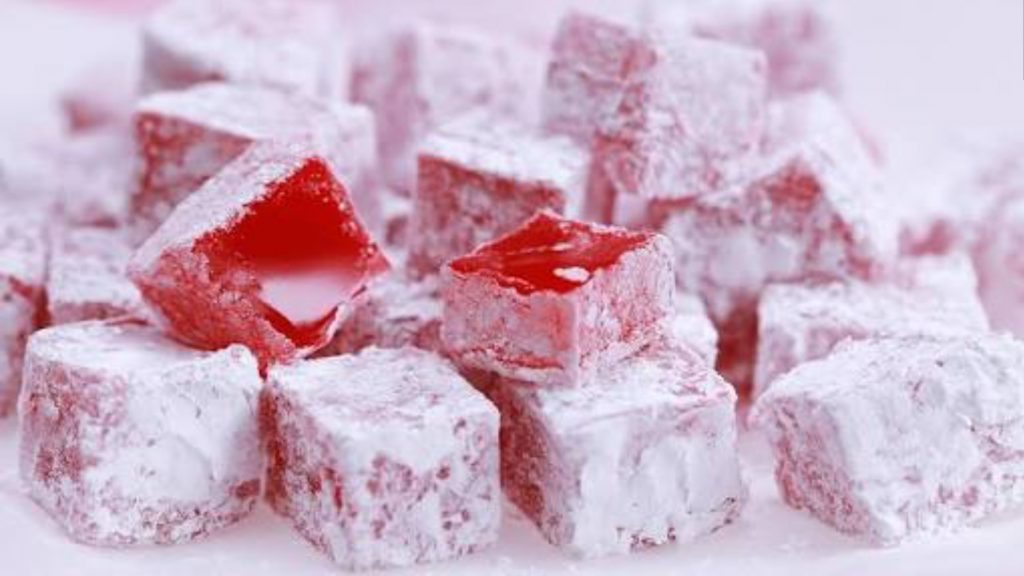 In the book “The Lion, the Witch and the Wardrobe” written by C.S. Lewis, also known as the first movie of the series of Chronicles of Narnia, four children- Susan, Edmund, Peter, and Lucy accidentally walks into a magical land- Narnia. However, before their long journey begins, Edmund, the second oldest of four children, walks into the wardrobe alone for the first time and meets the queen of the Narnia, as known as the white witch. You might think that “The Lion, the Witch and the Wardrobe” by C.S. Lewis is just about the battle between good and evil, but actually it is also about betrayal, selfishness, greed, and abandonment.

The white witch at first treats Edmund unmannered and impolitely, as shown on page 40 of the book, “I see you are an idiot, whatever else you may be,” said the Queen. “Answer me, once and for all, or I shall lose my patience. Are you human?”. However, after the queen distinguishes Edmund as a human, she starts being polite and mannerly to Edmund, asking for a hot drink and something to eat.

“It is dull, Son of Adam, to drink without eating,” said the Queen presently. “What would you like best to eat?”
“Turkish Delight, please, your Majesty,” said Edmund”. When Edmund starts eating, he feels “quite warm and very comfortable”(Lewis, 43). The white witch purposely preferred him to eat because it made it easy for her to get information about Edmund.
“While he was eating, the Queen kept asking him questions. At first Edmund tried to remember that it is rude to speak with one’s mouth full, but soon he forgot about this and thought only of trying to shovel down as much Turkish Delight as he could, and the more he ate the more he wanted to eat, and he never asked himself why the Queen should be so inquisitive”. Edmund gives all the critical information about not only him- but including his two sisters and a brother, which the white witch determines to kill. She promises him more Turkish Delights for coming back with his brother and two sisters. Later in this book, page 98, Edmund, who could not forget the “magic” taste of Turkish Delight departures for freedom- Turkish Delights. For more Turkish Delights, Edmund abandons his family members who were fighting back for the white witch. By these pieces of evidence from the book, it isn’t hard to comprehend that Turkish Delight represents betrayal, selfishness, greed, and abandonment.

However, numerous people and fans of the Chronicles of Narnia wonder in which purpose Lewis uses precisely Turkish Delight in his book, “The Lion, the Witch and the Wardrobe”.

In conclusion, the reason why Lewis uses Turkish Delight is pretty clear- Edmund wanted to ask for the most expensive, luxurious food, the appearance of Turkish delight matched the theme of “always winter, but never Christmas”, and showed the control of the white witch over Edmund. Most importantly, Turkish delight represents betrayal, selfishness, greed, and abandonment.

I am a normal child, who works in a farm with my family. I don’t know why, but many of my neighbors are moving to London. “We might have to move to London, too,” my father said. “Why?” I asked, even though I knew, because I didn’t want to move. It was getting harder for my family to live as the land for farming became smaller as the landowner reorganize the land. I could guess that the other neighbors are moving because it was hard for them to live and survive, too. I didn’t want to go to London because I’ve lived in Bath for very long time, but I started thinking again about moving to London, because our family could have serious, big problem of surviving, if the land is too small like this. My mother didn’t say anything, but was nodding to my father. We packed, and went to London next week by ship, just like others.

London was so different than where I’ve lived before–people looked busy, many grey factories that looked unhappy and boring. The weather was grey,too. It was dark, cold, and was raining heavily. Our family had to stop somewhere and take a rest from the long journey. We decided to stop beside the grey factory, where my father, mother, and I could see the workers working inside the factory through the small window. We didn’t say much, but were surprised by the workers who were working without stopping, just like the clock at the house, which doesn’t stop, and is exact. “Are we going to work like that?” I asked my parents. They didn’t answer my question, but I could know by the silence. We were getting worried, that we were next.

It was a quiet day, just as same as the normal days. The only sound—cotton mill spinning, and a few people sighing. The sun was going down slowly, and the sky turned red, which looked beautiful, but also told me that the time to go was coming. I looked at the sky—through the old, dirty window without any thoughts and worries.

Then I heard footsteps from far away, and the sound was getting louder. Every time I heard this sound, I could hear my heartbeat as loud as the voice of the factory owner—when he’s angry at us—the workers who work here. The sound of footsteps were getting louder, louder, and louder. I turned back and started working—pretended to be working, but I was late. He was there—in front of me, starring. 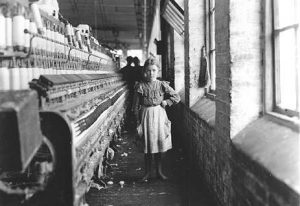 Working in a Mill Factory

I always wanted to work—looking at my parents working, I wanted to be helping my family and earn money.

The day finally came—earn money by myself! My mother said that because I became twelve, I could work in the mill. I went to the mill factory with my mother, who was working there for about five years. The place for us to work in was at the same factory, but was in different room. To see how I had to work—how everyone worked, I went inside the room that my mother works in with my mother. Other girls and women were there and were working.

A man was standing—tall, looked firm and scary. He didn’t say a word but stared at my mother. My mother let my hand fall from her hand and went to a mill machine as if she was being chased by someone. While the boss was glancing at the clock in a wall, my mother told me to go to my working room using her eyes.

I turned around and walked to the room where I had to work in. My mother have told me while we were walking. As I worked that day, I couldn’t take my mother who walked so fast to the mill machine out of my thought.

As I walked down the street looking at the people who looked so busy, snowing didn’t seem to stop. I used to like snowing until I was twelve, which is when I first went to the mill factory to work. Every time it snowed, I had to shiver for the entire time in the factory, which was even colder. I missed the time when I used to love the days that snowed. I concentrated to my feet and walking, because ground was frozen.

As I was walking down the street to go to the mill factory, I heard a familiar voice. “Lily!” I turned back, and my best friend, Katharine was there. We walked together, talking about how cold it was, and how we both used to love snow. Suddenly, I thought of an amazing idea. I turned and looked at her eyes, “Katharine, how about not going to work today?” Katharine seemed to like my idea as much as I did, too.

We didn’t go to work that day, and played with snow, just as we used to when we were younger. We played so fun, and forgot about going to work.

What has gone well so far?

I think the things that went well are…

What are things you need to work on?

What are your goals for the rest of the semester? 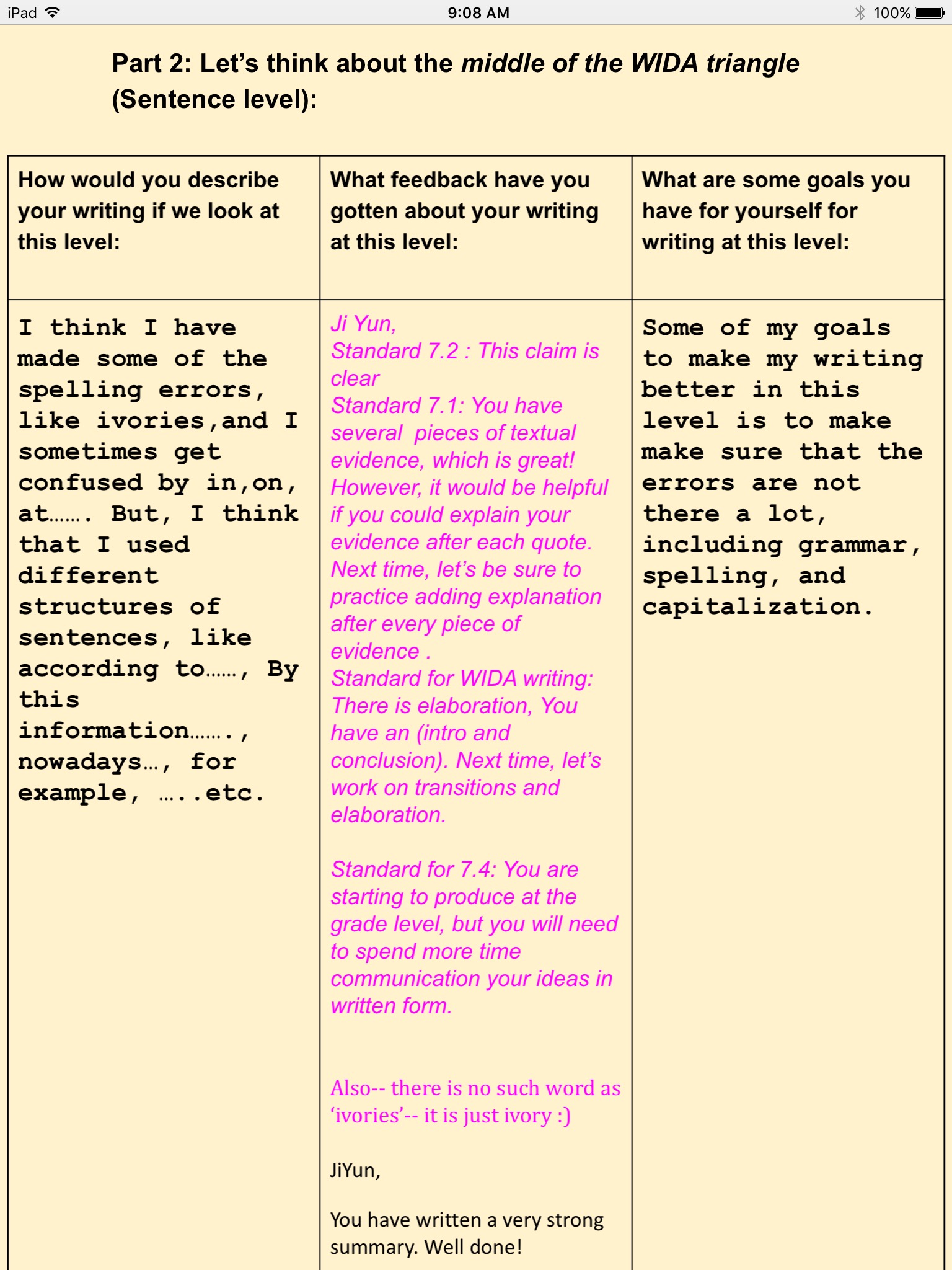 Which books have you read this quarter (please list them)?

What genres were they?

What reading level were they?

What are you proud of with your reading?

I am proud that I am using sticky notes while reading, and I’m reading every day.
What strategies are you using to help you more deeply comprehend and understand what you read (either fiction or non-fiction)?

I am using the sticky notes to write some of the ideas that I have while reading, like predictions, questions about characters, what is going to happen next.. and stick on the book.
What do you think you need to work on with your reading next semester? (be specific; give an example if you can):

An activity that have been most meaningful to my learning  is Tumble Buggy project, because fun, and also interesting to solve problems we’ve got by ourselves. Also, it was also nice to do a group work, becasuse it helped me being collaborative, too. And, I think this activity helped me to make a growth in an understanding of motion, by saying “motion of a tumble buggy”.  The surprising part that I found out is that I was a little bit more collaborative while I was doing the project. Also, I’ve thought about motion in many other times. I have thought about motion in PE class, in the car…etc. The question I have is the difference of speed and velocity.

I think the most high barrier is vocabularies for me, because I am not really good at English, and I don’t understand many words, as I did for motion. (I didn’t exactly know the meaning). So for that problem I have, I can make a place for science vocabularies that I don’t know, as I did in 6th grade.(in 6thgrade, there was a section in notebook where we have to find the meaning of hard vocabularies.)

I am not really sure what we are going to learn about next, but I can still predict that we’ll learn something that is related to motion, because we’ve learnt about motion, or maybe we could learn something different from motion.

Anyone who has the link

ConversationFor me the most important learning was the conversation with my partner. Now I understand that conversations are different from a quick share. Quick share is quick talk, but when we get to do a conversation, my partner and I get to talk and build on other ideas. This skill is useful to me as a learner because when I have a conversation, I get to think deep about my idea and my partner’s idea. As a next step I will prepare more to have more ideas to share in conversation. Also, I got to know that preparing for the conversation is very important because when my partner and I didn’t prepare and recorded it, we didn’t have anything to say, but when we were prepared, we could share our ideas, and build on our ideas. So when we get prepared, we can learn more from each other. To make a good conversation, you will have to be prepared for the conversation, and if your partner goes out of the topic, you’ll have to bring them back to the topic. Also, you have to concentrate to your partner so you can learn and build on your ideas.

To remember the things that I learn in school is to concentrate to my learning in my classroom so I can learn and remember well. 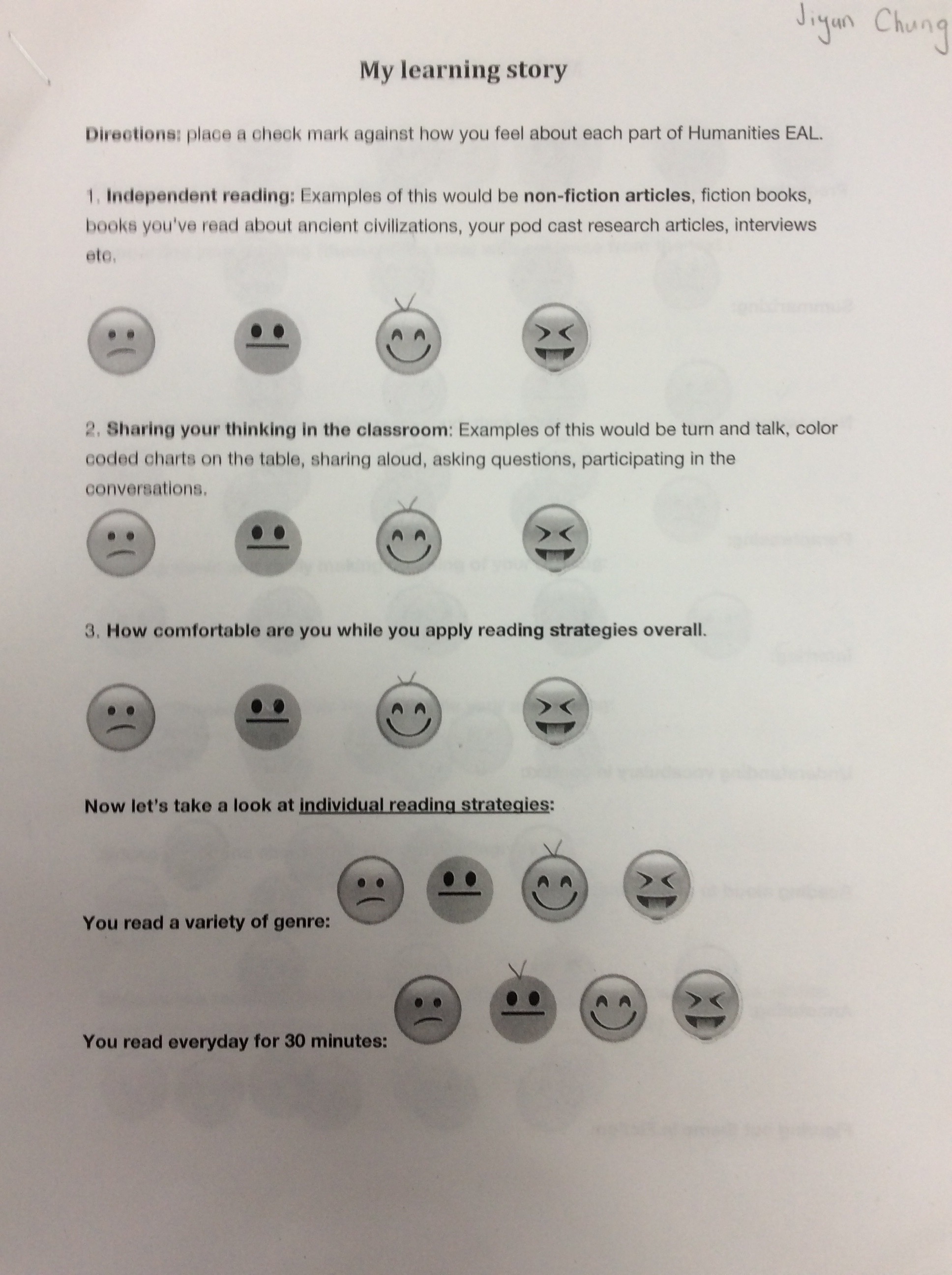 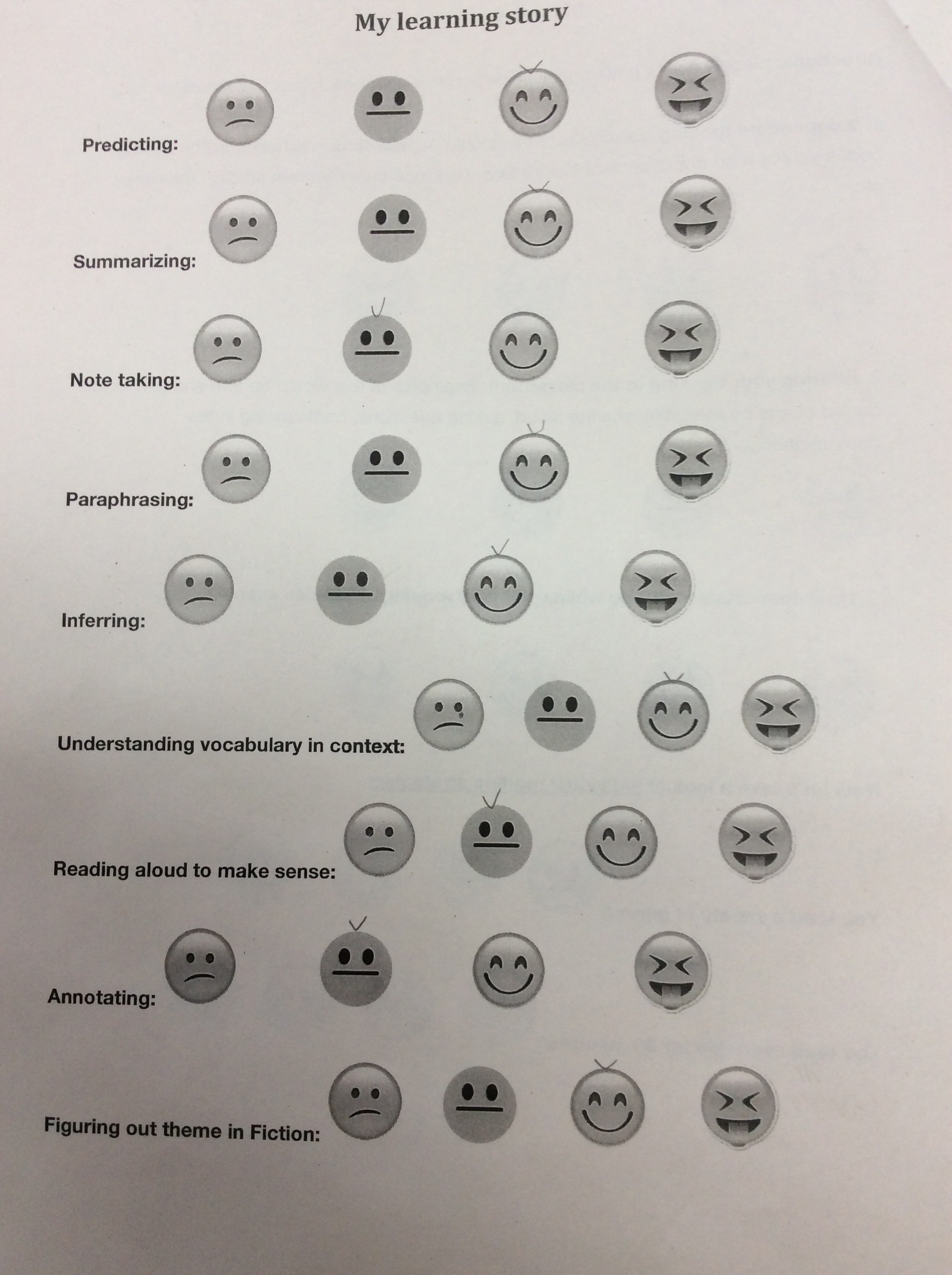 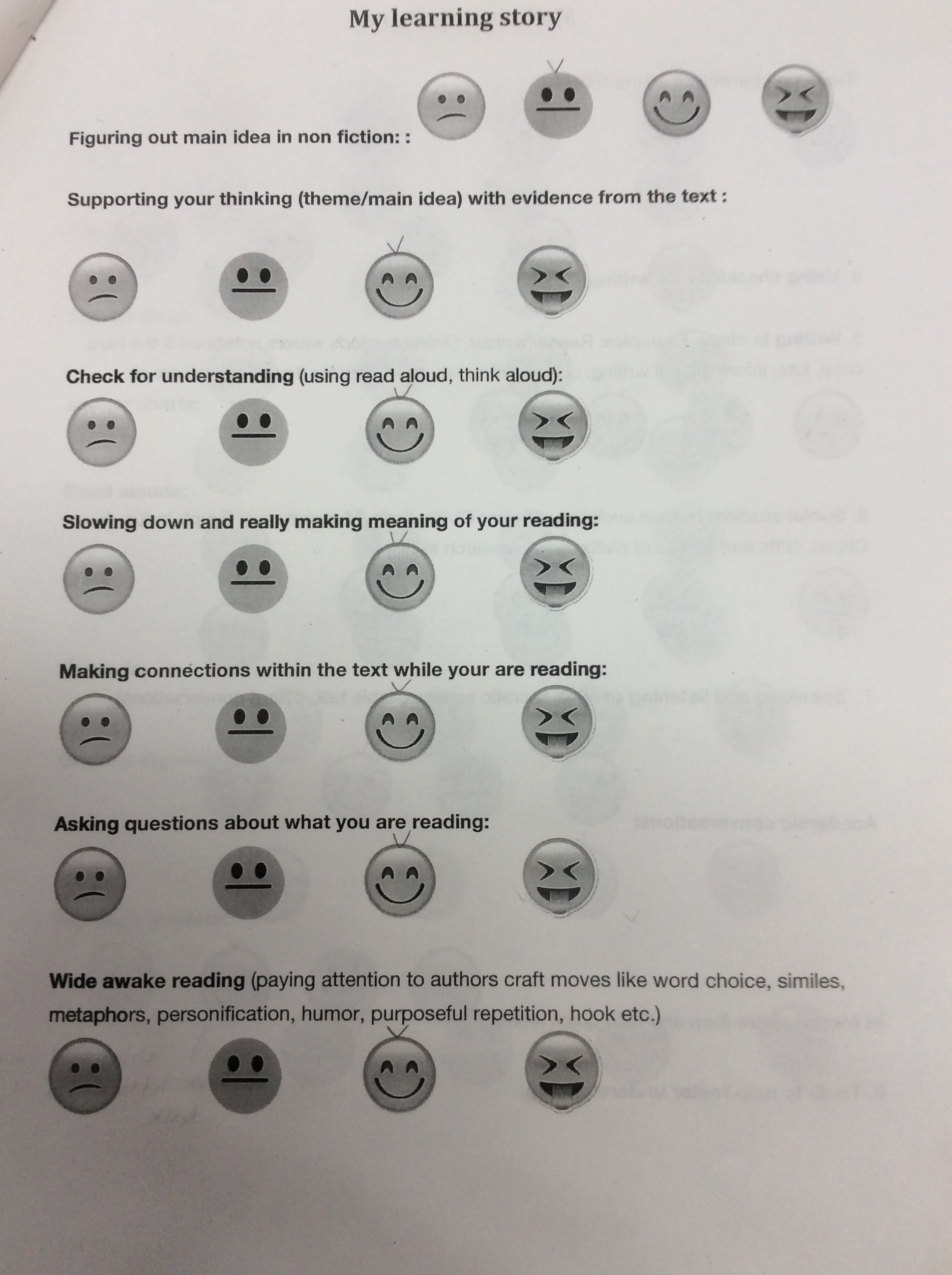 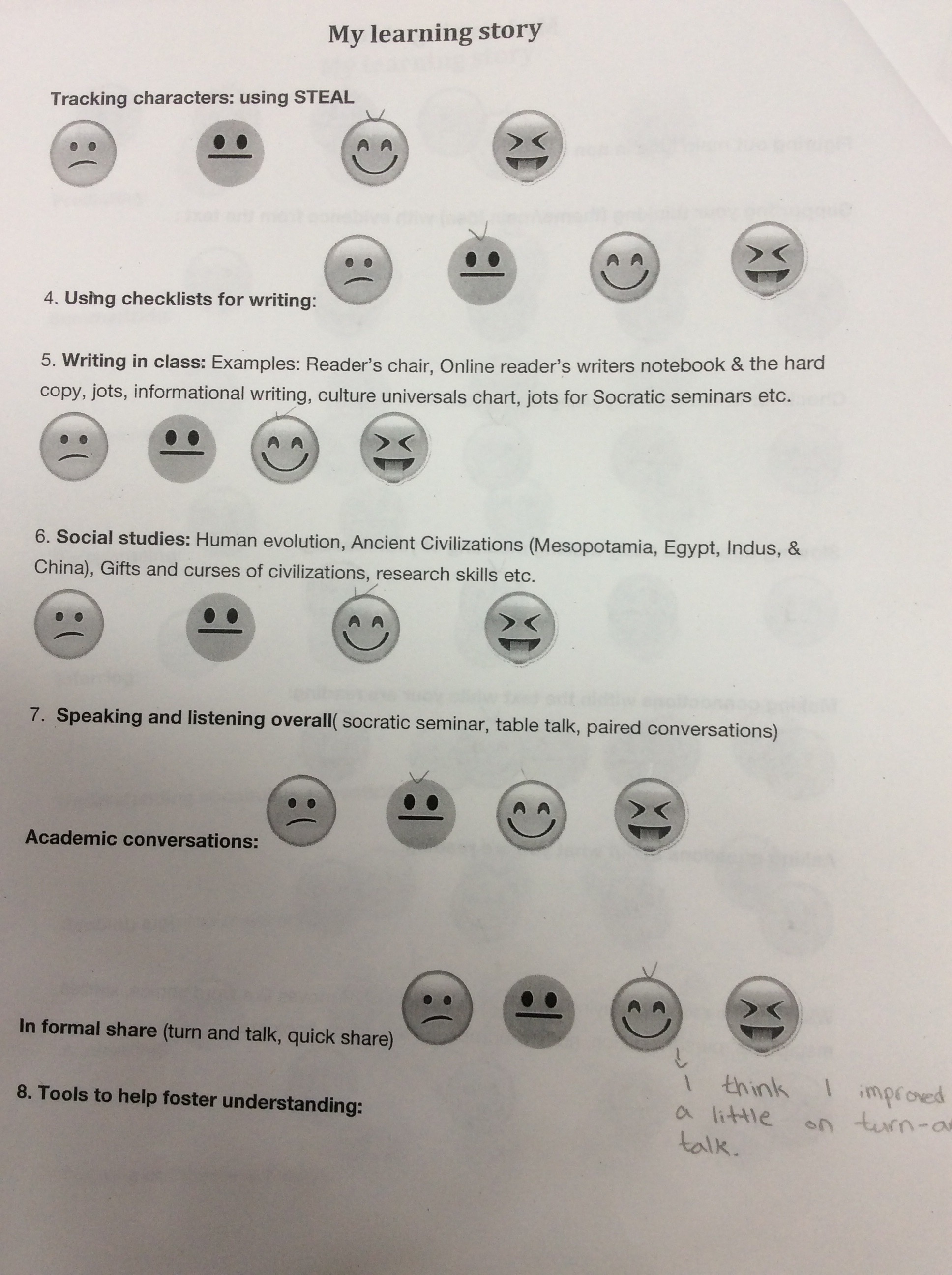 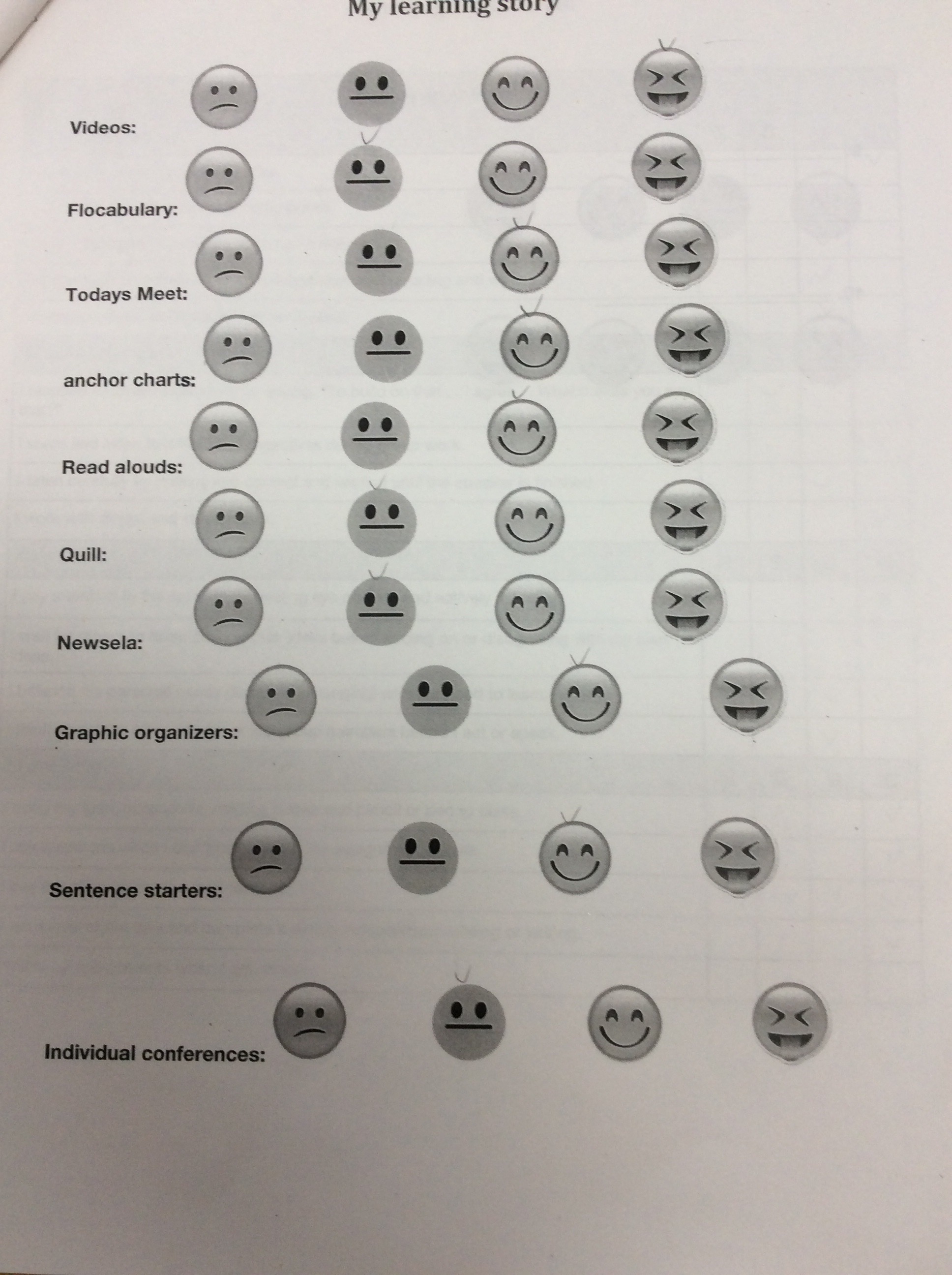 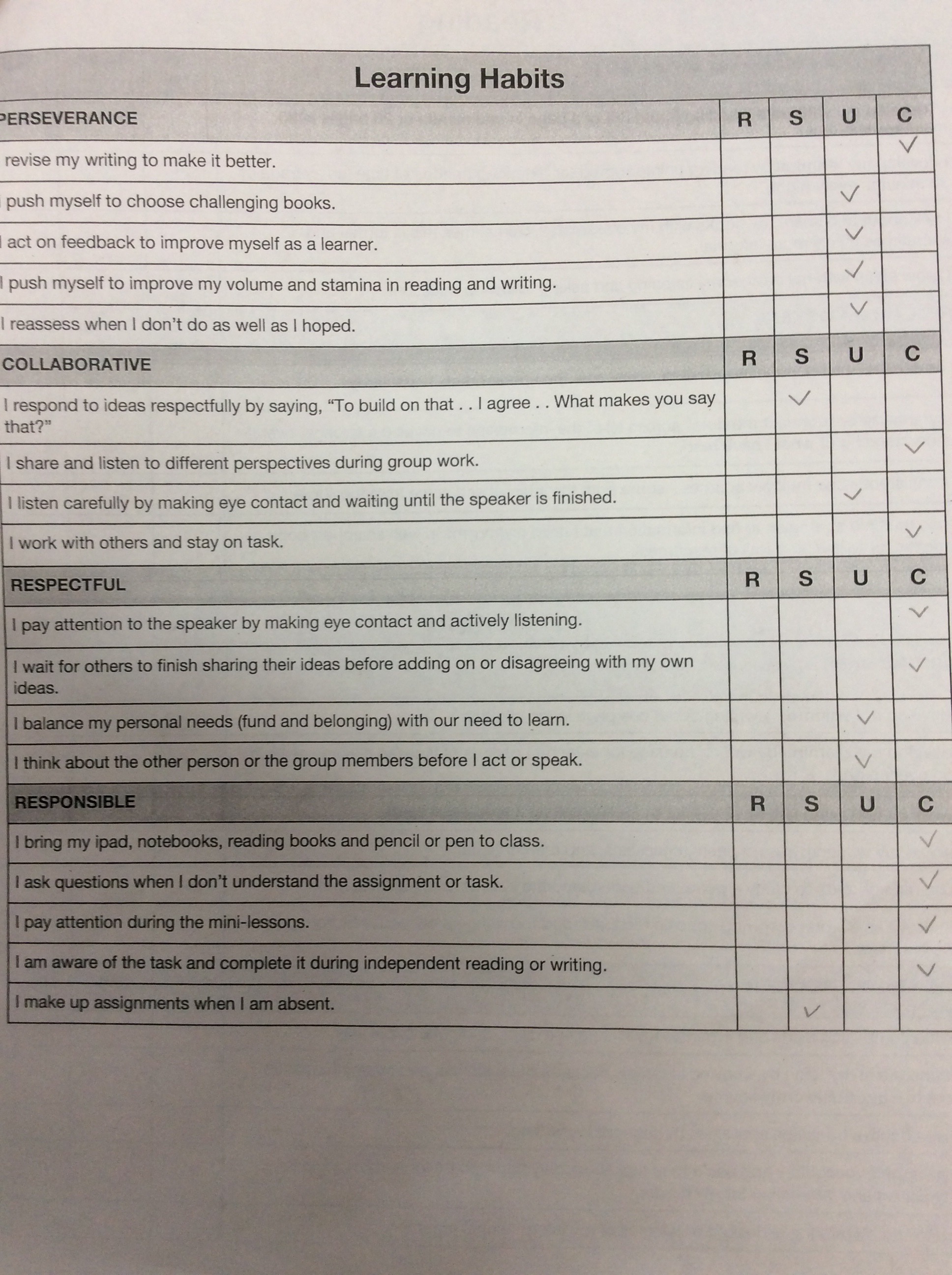 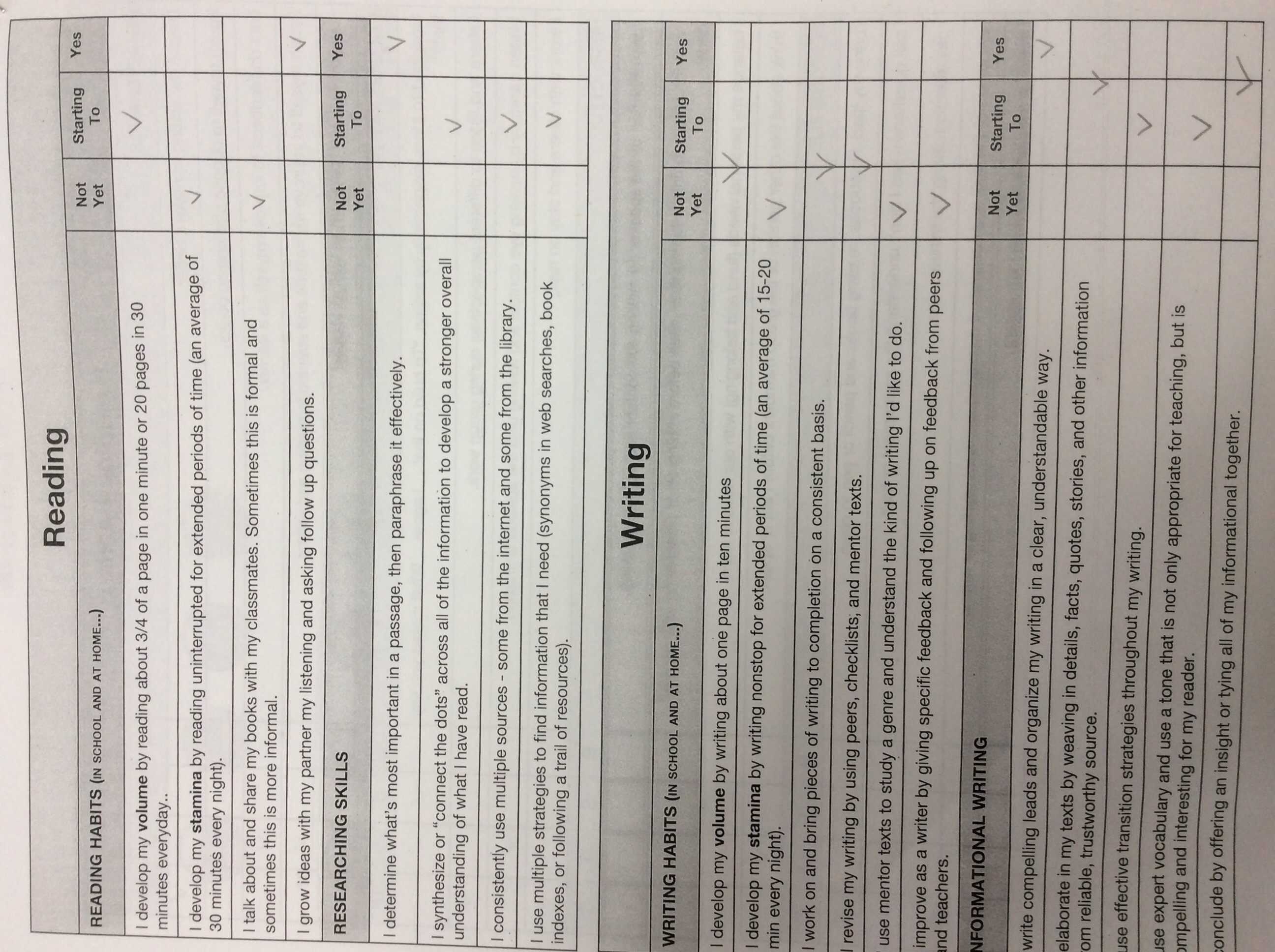